Do You Know What Chloramine Is And If It's In Your Water?

How does chloramine affect water and how to remove it.

There are nearly 250,000 public water systems in the United States serving approximately 90 percent of the US population. Ninety-eight percent of these water utilities use either chlorine or chloramine as part of their treatment process. Utilities are required annually to provide a Consumer Confidence Report, also known as an Annual Water Quality Report. The report tells you where your water comes from and what is in it, including chlorine or chloramine and at what levels.

Schedule a free water test to reduce chloramine in your water

In the last decade, chloramine use for disinfection has nearly doubled with an estimated 35-40 percent of municipalities using chloramine. Some municipalities occasionally switch between disinfecting with chlorine or chloramine, depending on temporary changes in water conditions and the market cost of the disinfectant. Industry analysts expect the growth trend in chloramine usage to continue. 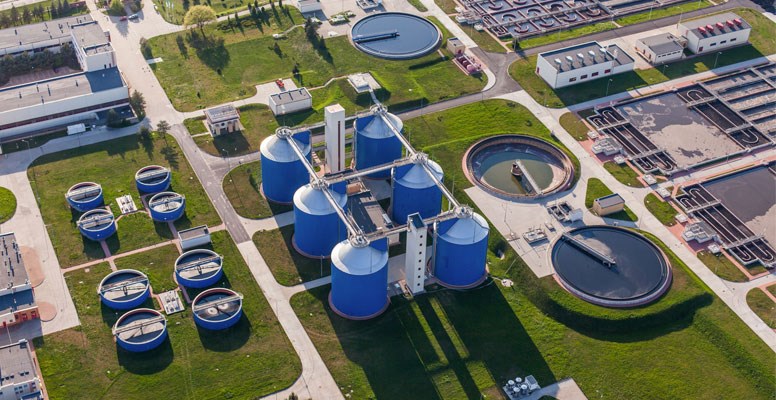 Water treatment facilities have disinfected drinking water for decades to deactivate microorganisms that may pose a health risk in the public water supply. Chlorine is the most widely used disinfectant for potable water in the United States, based on its low cost and reliable effectiveness. Public utilities may chlorinate the water supply several times during the treatment process, often including a final step before releasing the treated water into the distribution system. Maintaining a level of disinfectant in the water as it travels through the distribution system is critical. Once the water enters a home, however, chlorine or chloramine is no longer needed and its presence often poses problems such as dry skin and hair, ruined rubber seals, bad tastes and odors as well as other issues.

Despite its cost and efficacy benefits, free chlorine has been found to combine with naturally occurring organic matter in water distribution systems to form disinfection byproducts (DBPs) like trihalomethanes, which have been linked to health effects like cancer in laboratory testing. As a result, some water utilities have turned to chloramine as an alternative to chlorine, either by choice or by updated local regulations.

Chloramine is an inorganic compound created by combining free chlorine – the type of chlorine typically found in municipal water – with ammonia. It cannot be purchased and must be created onsite at water treatment facilities. It is more stable chemically than chlorine and retains its effectiveness for a longer period of time within water distribution systems. It also produces lower levels of DBPs in distribution systems. As a result, chloramine is emerging as the best available technology for public water disinfection. Chloramine is regulated by the US EPA, with a maximum contaminant level of four mg/L (ppm).

How to Remove Chloramine

Like chlorine, chloramine can be removed with whole-home or point-of-use carbon filtration. Removal increases with the activation level of the carbon. Unlike chlorine, chloramine is a relatively stable molecule, and therefore requires a more reactive media and longer contact time for effective removal. Standard activated carbon – either coconut shell or coal-based – does an excellent job at filtering free chlorine, but does very little to remove chloramine. Contrary to a common belief, standard activated carbon does NOT remove the chlorine from a chloramine molecule, leaving only ammonia behind.

Schedule a free water test to treat your water for chloramine

Catalytic carbon beds are quite effective at filtering chloramine, and for the last decade have been the media of choice. Catalytic carbon will remove chloramine for a year or more depending on load levels and flow rates, but will eventually become exhausted and will need to be replaced. It is a relatively expensive alternative to activated carbon, costing roughly twice as much.

Hollow-core carbons (HCCs), like those used in Kinetico Chloraban®, represent the next generation of carbon filtration media. HCCs have up to 10 times the active filtration sites on each carbon particle, providing a dramatic increase in filtration capacity and media bed life. Initial estimates, based on laboratory testing of a whole-home filter, suggest that HCCs may effectively remove chloramine for up to four years depending on the variables. HCCs are more expensive than catalytic carbons, but the higher filtration capacity and substantially longer bed life must be considered when evaluating media options for chloramine filtration.

How Kinetico can help

If your home uses a dechlorination system, it will not reduce chloramines effectively. Kinetico’s Chloramine Reduction System (CRS) uses our exclusive media, Chloraban®, which reduces the level of both chloramine and chlorine in your water. Kinetico CRS systems are the only residential systems certified by the Water Quality Association for whole-house reduction of chloramine. 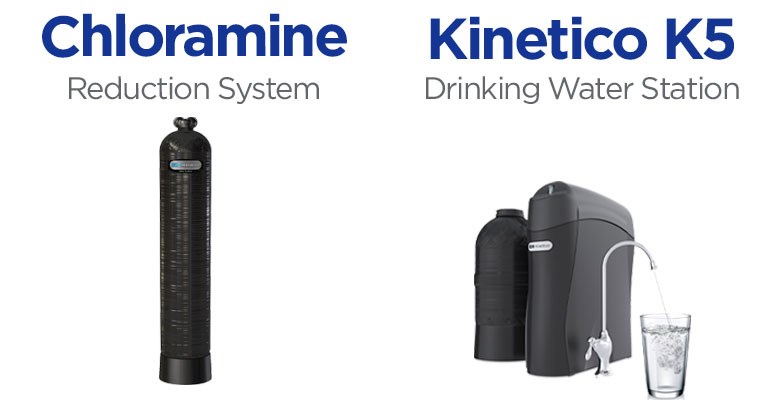 Kinetico also offers a Chloramine Guard FlexFilter for our K5 Drinking Water Station. With the Chloramine Guard auxiliary filter, your drinking water system will have a filter that is also third-party certified for the reduction of chloramine.

Contact your local Kinetico dealer to have your water tested. After they have tested your water, they will be able to design a water treatment plan to reduce the levels of chloramine and other contaminants that may be in your water.

Contact your Kinetico dealer to schedule a free water test

How To Treat Your Home's Municipal Water

How Does Reverse Osmosis Work?